Just after our departure for the start of our trip in August 2016, I wrote a long blog post cataloguing every single item I packed for this trip. Now, over a year later, I can pretty confidently reflect on that initial list of stuff and share what I learned. Some things worked even better than expected; others I had to replace not long into the trip. On the whole, though, we've been pleasantly surprised with how well the stuff we brought has held up.

I'm not going to talk about every single thing I brought in this post; you can read the original for that. Rather, I'll focus on the top items that stand out among the things I kept and the ones I didn't.

The complete guide to money while traveling

Over the past year of travels, my wife and I have acquired and spent all sorts of different currencies: everything from the British Pound Sterling and the Euro to the Lao Kip and the Bosnian Convertible Mark.1

We hardly ever carried cash back home, so it's been a big life change to have to pay for things using paper money a majority of the time. The currencies changing regularly as we hop from country to country, along with the need to pay for most things using cash, means we're needing to acquire it almost constantly. 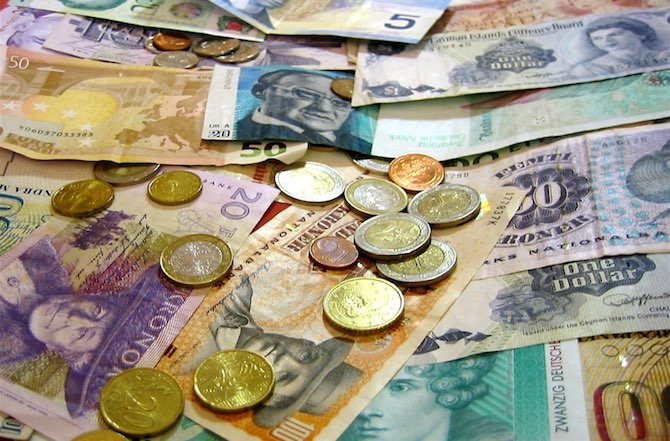 We've gotten a handful of questions from folks about how we go about dealing with foreign cash2:

Cash is the trickiest aspect of dealing with money while travelling, but it's just one part. The other is to make sure you're using the right credit card(s): ones that won't waste money on every purchase you make, and that provide valuable benefits while traveling. Here's what we've learned about both cash and credit cards over our 25-country jaunt.

Can tourists visit beautiful places without destroying what makes places worth visiting?

During the first leg of our round-the-world adventure, we spent a few days in Dubrovnik, one of the most beautiful cities in the world. It's best-known for its massive, incredibly well-preserved city walls and beautiful old town, and of course for being on the clear, blue Adriatic sea, and as a result it's been used as the backdrop for everything from the Game of Thrones series to the newest Star Wars films. But really, here, judge for yourself: 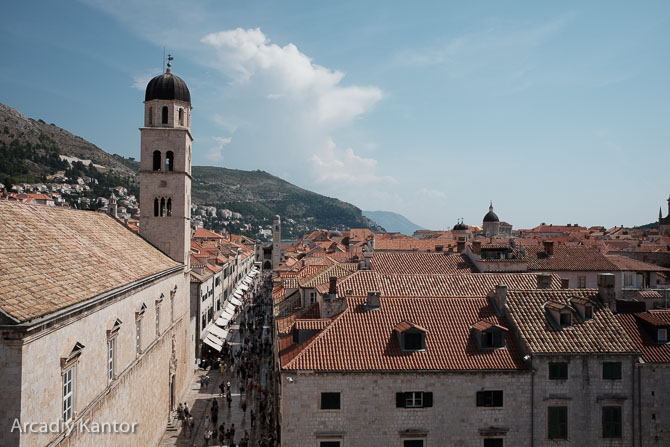 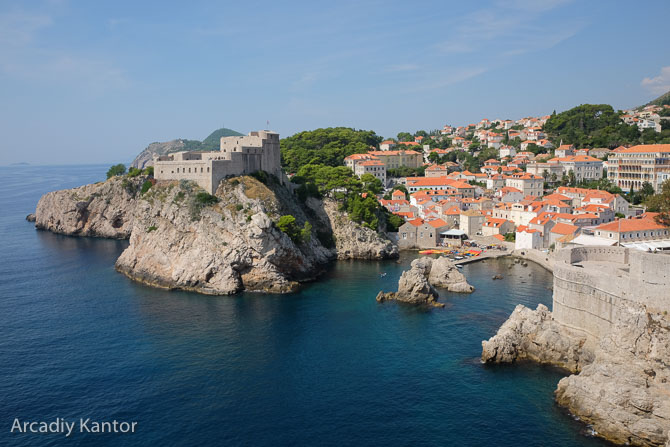 From the perspective of sheer natural beauty, Dubrovnik is one of the loveliest places I've ever been. And yet I couldn't help but feel like there was something missing. With its lovely harbor and easy proximity to other destinations in and around the Mediterranean, three to four cruise ships worth of people pour into the small city center every day. That's to say nothing of the huge numbers of people who arrive straight to Dubrovnik on one of many low-cost flights from all over Europe or bus in from neighboring countries.

Last year, more than a million people were expected to visit Dubrovnik's main attraction: the city walls. And the old town, being quite compact in size (the aforementioned surrounding city walls are only about 2 kilometers in diameter), has a frankly overwhelming concentration of tourists. The result is that Dubrovnik feels in many ways like one of the cruise ship destinations in the Caribbean, but with more history and more in-town activities besides hanging out on the beach.

That makes the city appear like a city of and for the tourists, rather than a living, breathing, actual place that has its own daily happenings that go on irrespective of whether anyone comes to visit.

A brief guide to help you make the leap beyond hotels

When we left the U.S. to go on our grand adventure last August, we had most of our first month of travels planned out, but almost no detail beyond that. During that first month we wanted to make sure to check out a wide variety of accommodations and figure out our minimum requirements for places we'd stay in. That way we would know how little (or how much) we would need to pay to meet our needs, and how to best find reasonable places. So in that first month, we stayed in a few hotels of varying quality, several bed-and-breakfasts, but also a hostel and a full-fledged flat through AirBnB.

Now, more than six months into our travels, we've stayed at over a dozen AirBnBs throughout pretty much all of Europe, and we're now staying in some in Asia as well (I'm currently writing this from a nice apartment in central Ho Chi Minh City).

I think many people are a little hesitant to stay at an AirBnB, especially in a foreign country, and we certainly were as well our first time. So here are some basic tips to help get you over the hump of getting a more local travel experience with an AirBnB.

What does one bring on a long round-the-world trip?

Here's how I normally buy clothes:

Needless to say, this does not produce fashionable results, but more importantly, it means that most of my clothes aren't the most durable or high quality: crazy fashion trends aside, I do think you get what you pay for up to a certain point. So when it came to packing for our year-long round-the-world trip, I knew basically none of my current wardrobe was going to make it into my bag. And that's to say nothing of all the non-clothing items I needed.

To add to the challenge, Gina and I both committed to traveling without checked luggage, meaning we get one big bag and one personal item for all the things we're going to need all year long. Neither of us has any room for bringing much in the way of "optional" items, so we had to cut really really hard.

Now that we've started traveling, I wanted to show you what's in these two very full bags and how I decided what made the cut: 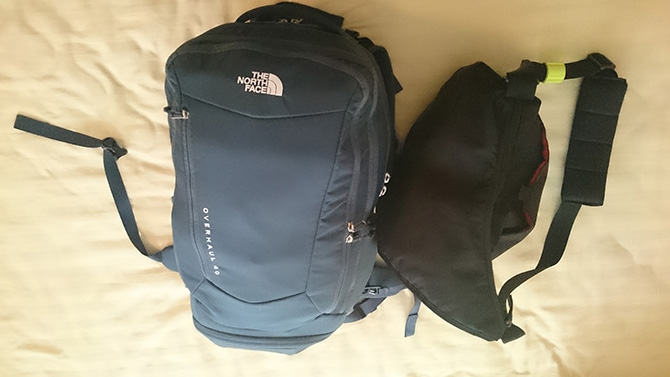 Our round-the-world trip in a nutshell

As I write this, we are a week into being unemployed and homeless, and T-12 days until departure to our first destination. Yikes!

These final weeks find us in the midst of last minute prep, booking flights and hotels, while also trying to spend ample time with friends and family. We successfully got rid of most of our crap and ended our lease, drove across the country and planned out the details of our first month and a half of travel.

We need to be at two weddings in the first month and a half, and we'll be back in the U.S. after little more than a month, so our early itinerary is simultaneously more locked down and more manic. But we have our rough country list for the rest of the trip, and it's full of some curious choices. So before I get the inevitable "you forgot Poland" response, let me tell you where we're going, where we aren't, and how we decided which is which. 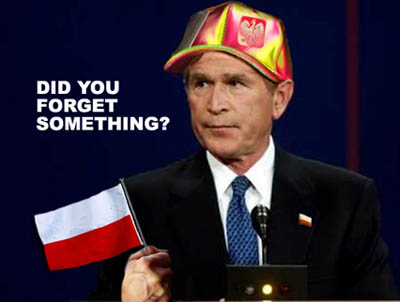